A Learn from Leaders webinar

VBB has been an important part of Ian’s veterinary life since 2005, when he was elected its inaugural president and commenced work, together with Sikkimese veterinarian, Dr Thinlay Bhutia, to establish the now highly regarded SARAH Program, India’s first state-wide ABC/AR project.

Ian has devised and delivered several surgical training courses in the Asia-Pacific region, is the author of widely referenced publications on clinical aspects of ABC/AR programmes and has been a regular guest speaker at animal welfare meetings.

He is a strong proponent of the “One Health” philosophy, promoting the collaboration of veterinarians, doctors and other health professionals in efforts to combat disease. Ian operates a veterinary neurological and neurosurgical referral practice in Adelaide, South Australia.

Dr Helen Byrnes has been actively involved with VBB since 2006 when she first volunteered in the
VBB SARAH Program. She subsequently volunteered in VBB’s Ladakh and Bylakuppe projects and was program coordinator for the SARAH program.

Helen has a strong clinical and animal welfare focus while being actively involved in program and practice management. She has significant expertise in human and veterinary public health, and infectious disease and zoonoses.

She has been a guest speaker at a number of conferences and workshops and worked in dog population programs across the Asia-Pacific region.

In 2016, Helen’s work was recognised when she was awarded the David Bayvel Memorial Award for Excellence in Animal Welfare presented by Australia, New Zealand College of Veterinary Scientists Animal Welfare Chapter and World Animal Protection.

Dr Thinlay N. Bhutia graduated as a veterinarian from Nagpur Veterinary College, Maharashtra, in 1998. Upon graduation he returned to Sikkim, and worked for the Animal Husbandry Department, while also volunteering at the State Veterinary Hospital.

Dr Thinlay Bhutia has been responsible for a number of initiatives to the benefit of Sikkim. In 2005/2006 he was involved in developing and nurturing the Sikkim Anti-Rabies and Animal Health (SARAH) programme created jointly by Vets Beyond Borders(VBB), Fondation Brigitte Bardot and the Government of Sikkim. The SARAH program is India’s first government sanctioned initiative for state-wide rabies and stray dog population control program. At the inception of SARAH, Dr Thinlay worked with VBB to ensure the banning of mass shooting of dogs on the basis that it is both inhumane and ineffective in controlling rabies. He also took the initiative in implementing India’s first state-wide annual mass anti-rabies vaccination campaign as per WHO recommendations on Rabies control. Dr Bhutia helped with the creation of a separate Division under the aegis of the Department of Animal Husbandry for long term implementation of this important public health and animal welfare program. Dr Bhutia has been invited to speak on the SARAH program in Delhi, Thailand, Geneva and China. He has been actively involved in training veterinarians from other States on small animal surgery and rabies program management.

Dr Bhutia continues to be an active campaigner for improving animal welfare in Sikkim and is the State representative of the Animal Welfare Board. With his involvement, in addition to legislation to ban the mass shooting of dogs, legislation has also been passed and enacted in Sikkim to ban the sale and importation of birds other than poultry, and to ban the castration of farm animals without adequate anaesthesia and proper restraint. With his sheer dedication, India’s first comprehensive Rabies legislation “Preservation of Rabies-Free State, Act (PoRFSA) 2017 has been framed and enacted in Sikkim

Dr Bhutia further demonstrated his commitment to animal welfare through his earthquake relief efforts. Following the Sikkim Earthquake in 2011, he went with Phurba Tshering to Chungthang to help the animals in distress. Many animals were rescued, and rehabilitation and treatment were provided. Likewise he, along with other SARAH team members, went to Nepal during the devastating earthquake that struck Nepal in April 2015. They worked with Nepal veterinarians and international aid agencies in rescuing and treating numerous critically injured animals in remote parts of Nepal. 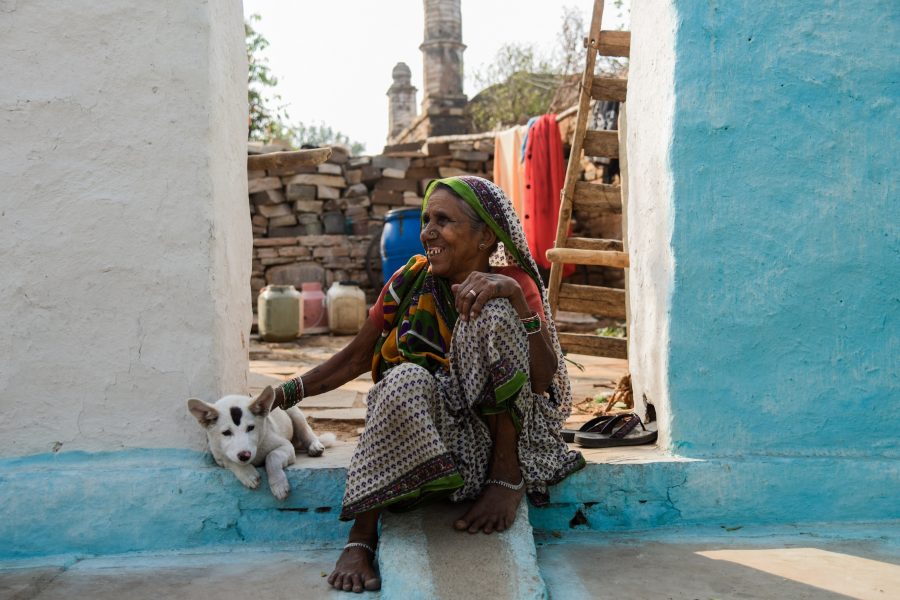 A must see for all animal welfare professionals!

Join Vets Beyond Borders as we bust rabies myths with Dr Helen Byrnes, reflect on some lessons learnt in program establishment with Dr Ian Douglas and discuss a collective strategy for rabies elimination with Dr Thinlay Bhutia.

Tune in to this special 1 hour event featuring VBB’s experts in the field. Our three esteemed speakers will be coming together for an exclusive Q&A session after their presentations.

VBB created a 2-part short film for World Rabies Day, including speakers from WHO, OIE, GARC and more!

Make sure you watch the video to learn more about rabies and how we’re collaborating and vaccinating with groups across the globe to eradicate human deaths from this disease by 2030!